We all know, that the delay between the NTP server and a NTP client has important influence for the precision of the time. There are a lot of information in the Internet which I did already know, but I was surprised how dramatically this could be.

Since I run my own rubidium disciplined NTP server since this summer I try to adjust my stratum-1 server very accurate. Beside the rubidium NTP server I have also a GPS based and a DCF77 based time source as reference. To adjust these servers I need a reference from the Internet. Located near Vienna in Austria I took stratum-1 server with low RTT. My decision was to take the server from Bundesamt für Eich- und Vermessungswesen (BEV) in Vienna. BEV is also the official time source from Austria.

With a rubidium disciplined NTP server it’s actually possible to adjust this server with an offset to “real time” within a millisecond or so. I realized that the reference couldn’t be adjusted so precisely. Offset was sometimes higher and sometimes lower. So I looked at the GPS based NTP server and I found the same behavior. 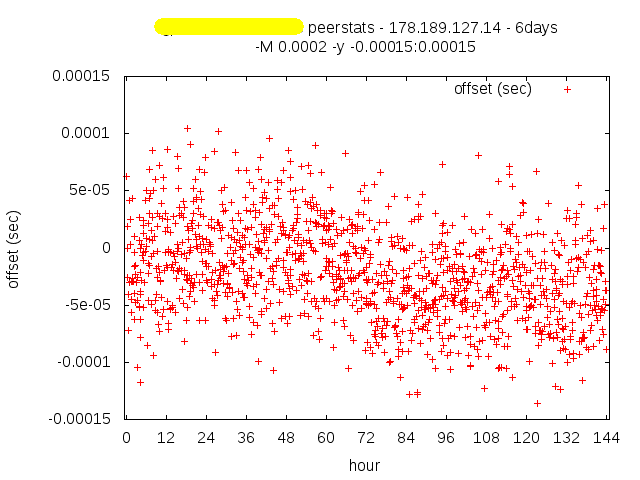 We can clearly see that during the first 3 days offset is about zero and than it is much higher ( with a negative value ).

If we do an average calculation of the first 3 days we get -5.8 micro seconds. 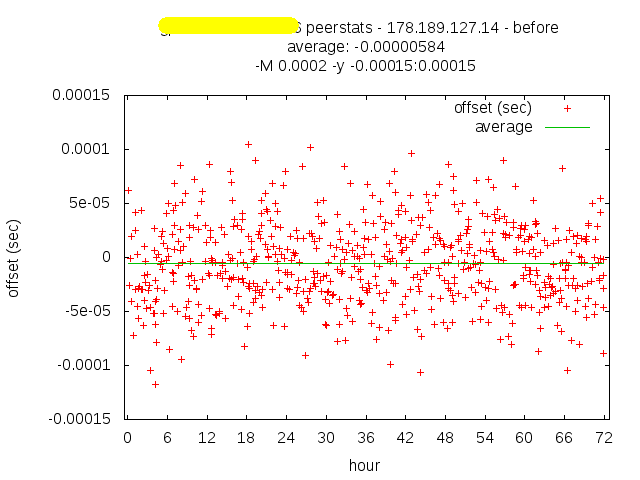 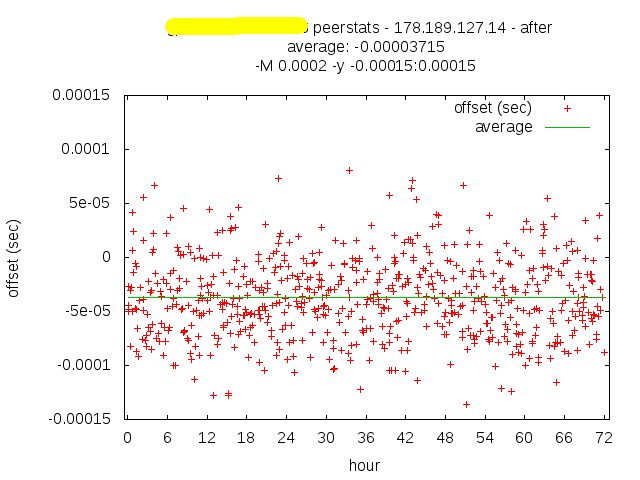 As I have the same phenomena on the rubidium server I was sure it was not my hardware. But I couldn’t believe it was a problem of BEV. Finally it’s the official time for Austria. But between me and BEV there is a third component. It’s the network.

Looking at other statistics I found very quick the issue. The round-trip delay changed marginal. 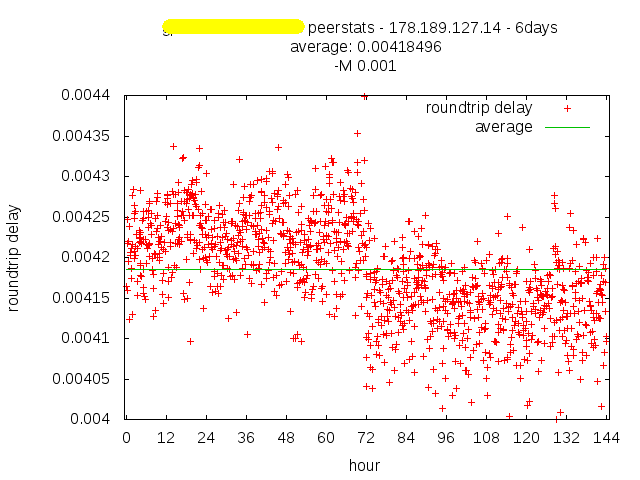 It was during the first 3 days of observation 4.226 milliseconds. 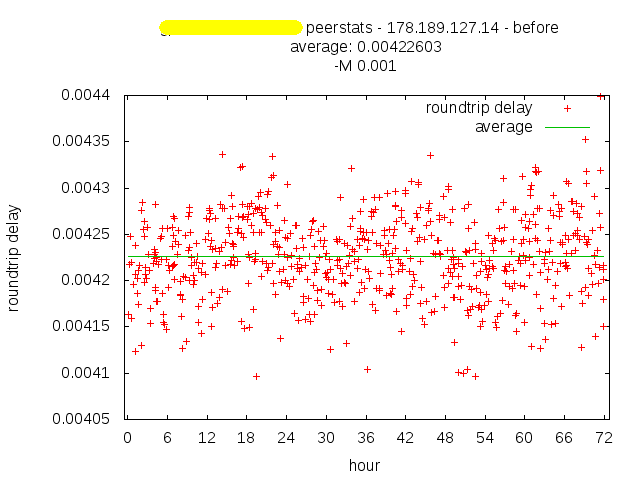 and changed to 4.143 milliseconds during the next days. Which is only 83 micro seconds less.

Very obviously it’s not only the round-trip time. I assume that the delay difference between sending and receiving packets also changed. See also my experiments with ADSL connectivity NTP and ADSL and NTP and ADSL p2.

I have to accept that I have some high precisely time server but I never know how close I am to the real time.